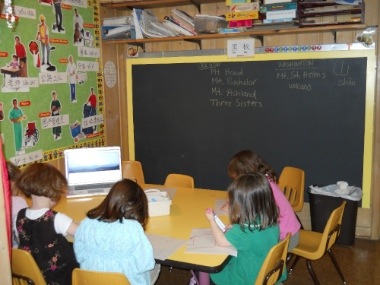 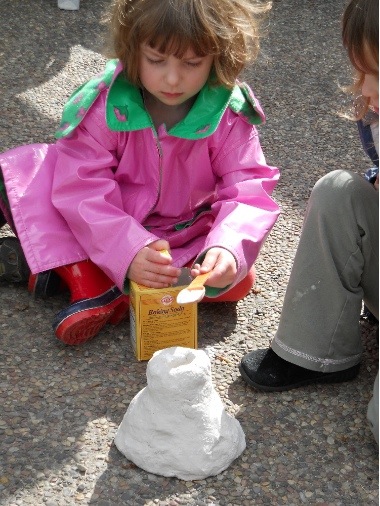 This week the children are learning about mountains in Oregon and how they are formed. On Monday the children talked about the mountains we could see from Portland and then watched a video of Mt. St. Helens erupting. We looked at several pictures of other Oregon mountains and then drew pictures of Mt. Hood. Later in the afternoon we did a volcano experiment and watched "lava" erupt from a papier mache mountain. Later this week the children will look at animals that live in mountain habitats, and then we'll end the week learning about Crater Lake. 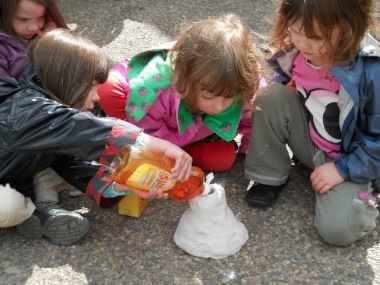 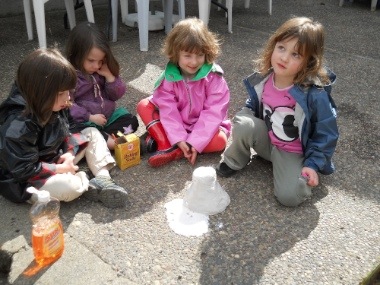 Posted by Pauline Carlson at 11:18 PM