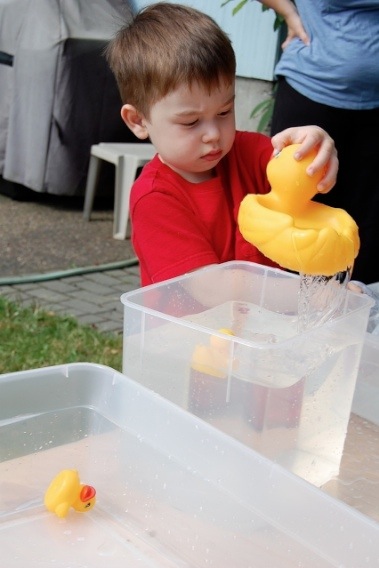 On Wednesday after music circle time the children listened to Alexander's Outing written by Pamela Allen. Alexander's family goes on a walk, but Alexander can't watch where he's going and falls down a hole. Several attempts are made to rescue him, but all fail. Finally a little boy spills his drink into the hole and everyone notices that Alexander floats up a bit. In the end everyone pours water into the hole and Alexander eventually floats to the top and hops out.

After reading the story the preschoolers went outside to try the experiment for themselves. They put ducks into "holes" (plastic containers) and then poured water in and watched the ducks float to the top. 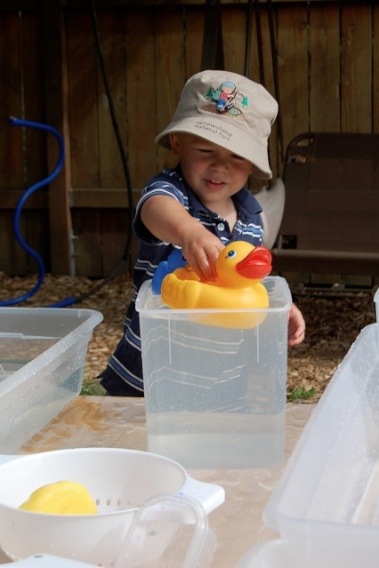 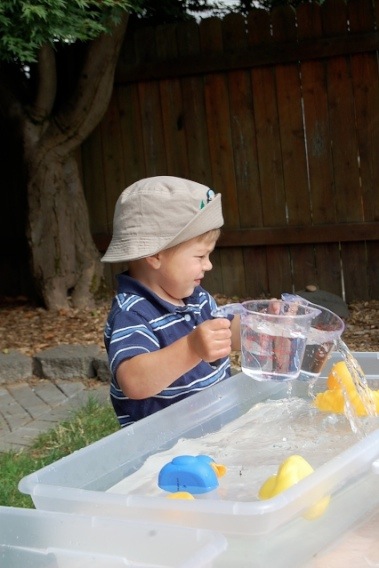 In the afternoon the children played with colored water and tried the duck experiment again. 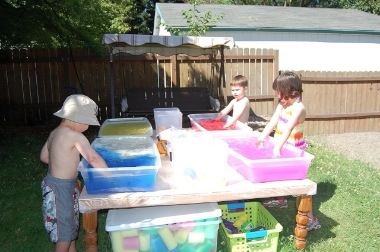 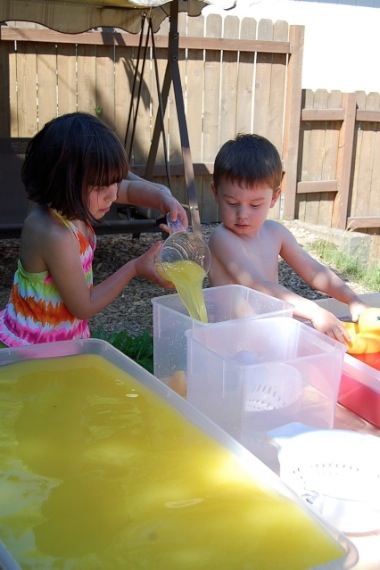 Many toys and tools have been set out for the children to explore. At one point they decided the boat needed to be washed. 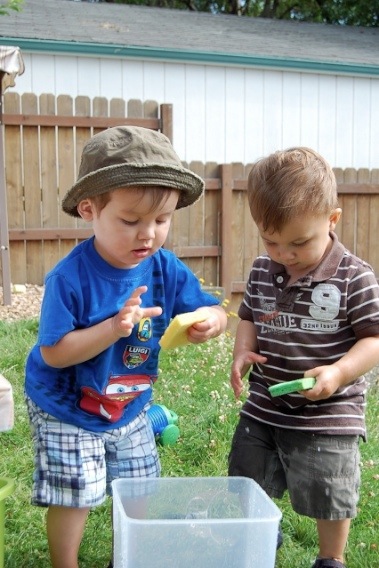 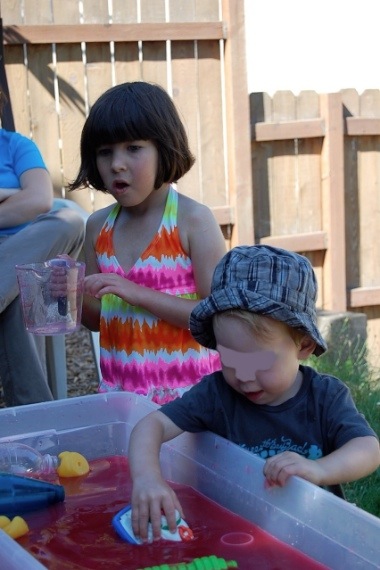 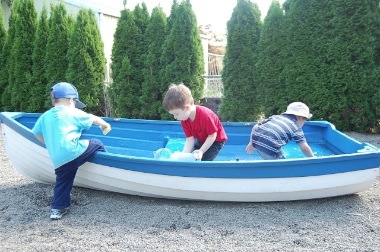 The misters felt good on a hot day! A soaker hose was wound through the shrubs above the walkway and play house. Kids tried catching the "rain" and enjoyed getting wet. 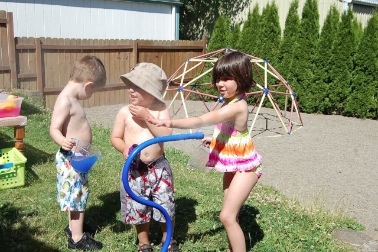 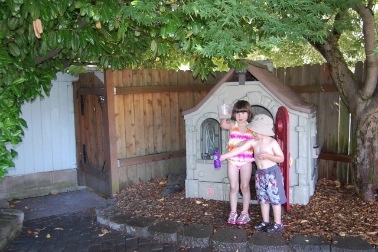 Posted by Pauline Carlson at 9:42 PM